And so it is with us. No matter what the catalogue of triumph or betrayal or nothing-much-at-all that this year invoked, there is a biological imperative to synch up the pure animal of your body with the wider seasonal progression. Just as there is a time for disarray, there is also a time for gathering in, for repair, for even — using a big word — for healing. So the council is simple, attend to the embers. Even if your fireplace feels only an ash pile, I know there is one, robin-red little glint in the dark.

One is all you need. You can rebuild culture from one ember.

Old people say that only a little of your soul lives in your body, most of it is outside, and then a fair splash way out in eternity. This work down in the cinders — so very ancient mythologically — both honours psyche as deeply felt experience but opens it up into the fellowship of a wider cosmology. What you face is bigger than you can handle. It is. It is for all of us. Self-reliance can become an isolating and desperate habit. Rub flanks with your ancestors. Get claimed by Delacroix, or Cezanne or Agnes Martin or Roger Hilton, visit art galleries and libraries: they are filled with gnostic information for your eyes only.

Show up to the miracle of your life as well as its ocean-bright tears until you realise they are in fact a braided knot: an ivory comb to untangle Sednas locks, the long arduous steps over tundra to steal a whisker from a Siberian tiger, a moment when you whisper an errant thought into your childs ear and they burst out with surprised wonder for the first time in months.


Who has god blessed more than you? This last year I have sometimes been close to people dying or terribly sick. Story has been a breath tenderly whispered into an ear as a soul moved like blue smoke from a body, or a confirming shoulder as we scattered the ashes of another, or as a staff of absolute heart-shuddering grief for a bewildered little boy as he chocked out a goodbye to his mother.

All of this was correct to test and break me. What I learnt was something very simple. When Death the mid-wife comes, those gathered spoke absolutely from the heart.


Certain useless sophistications fell away. Things were suddenly far less ambiguous. Find out what you love, and communicate it, shelter it, give it fidelity at the centre of your life.

You have time. Be it. Speak it. Much of the rest is mirage and cruelty. Have no part in it. Don't show this popup again. All hundred and fifty psalms roar hallelujah Yehuda Amichai I have described the weather of Devon in different ways, but the binding agent is usually rain. I think of Rilke; Strange violin, are you following me? The Neighbour I love the idea of lonely nights speaking to each other. Rilke Happy New Year. Copyright Martin Shaw They built a greenhouse under which they buried hundreds of gallons of water in one-gallon containers. The family was able to grow food in the greenhouse all winter in Maine, without paying a dime to the electric company.

Knight was extremely shy all of his life. He found human interactions dauntingly complicated. And at the age of 20, he drove his car into northern Maine, left the keys on the center console, and walked into the woods. If a boy went off, then he went off. Welcome to Gothic, Colorado—one of the coldest places in the United States.

This ghost town has been abandoned since the s, but Billy Barr still calls it home. There have always been hermits, people that wanted to be by themselves. They have gone by many names: anchorites, recluses, and shamans.

The most common reason why people leave is for religious purposes. That includes Jesus, Mohammed and Buddha. Today, about 3 billion people follow the religions brought back by those people. Protesters are angry about what the world has become and they have been recorded from ancient China to the present day.

They protest war, consumerism, and poverty by leaving the world. Chris Knight said he had no opinion of the world. It had nothing to do with that.

Pursuers are the most popular kinds of hermits these days, people who leave the world for artistic, scientific, and personal reasons—like Henry David Thoreau , who said he went to the woods to explore the Atlantic and Pacific oceans of his inner world. From Einstein to Michelangelo and Isaac Newton people have called themselves hermits and brought back to the world some of the most beautiful pieces of art and intellectual breakthroughs. He never wrote down a sentence or snapped a photo. His solitude, though he was a thief, was almost more rigid and locked away than anyone I could find in human history.

He referred to Thoreau as a dilettante. Thoreau only spent two years in his cabin on Walden Pond and his mother did his laundry.

His camp was extremely remote and naturally protected. Knight did not live in the remote wilderness of northern Maine. He wandered around for a bit until he found this campsite and lived there for 25 years. In other words, he was in the middle of society. How, I wondered, how was it possible that nobody had come across his campsite for 25 years?

Then I went into the forest around his site.


Chris Knight was able to walk through these woods, at night, completely silently. I was fascinated by the nuts and bolts of his survival. But he told me that he woke up every single morning in winter at am and, rather than huddling in his sleeping bag as I would at the depth of cold, he got up and paced the perimeter of his clearing in the woods while melting snow for drinking water, using a little camp stove.

He did that every night, all winter, and never lost a toe or so much as a finger nail to frostbite. It boggles the mind. His campsite was—I have no other word for it—this magical room carved out of the middle of the forest, hidden by a Stonehenge of boulders, with a perfectly flat floor, thanks to National Geographic magazines. 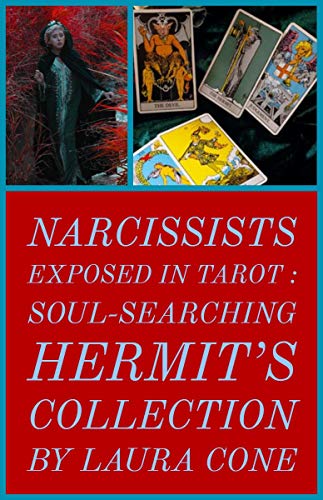 I am happy to inform your readers that National Geographic also drains water very nicely when it rains. He became legendary to this group of communities in central Maine. Somebody was taking objects from cabins for 27 years, and nobody knew if it was a man, a woman, a practical joker, or a murderer. He used high tech surveillance items from Homeland Security, put electric eyes in the forest, and finally caught the hermit.

It was as if the Loch Ness monster had strolled out of the lake. But the truth seemed even stranger than the myth. A guy really had lived alone in the woods for nearly three decades, confessed to a thousand break-ins, but had never carried a weapon or harmed anyone. Nobody knew quite what to do with him. Law enforcement officials unload items removed from Knight's camp in the dense woods near Rome, Maine.